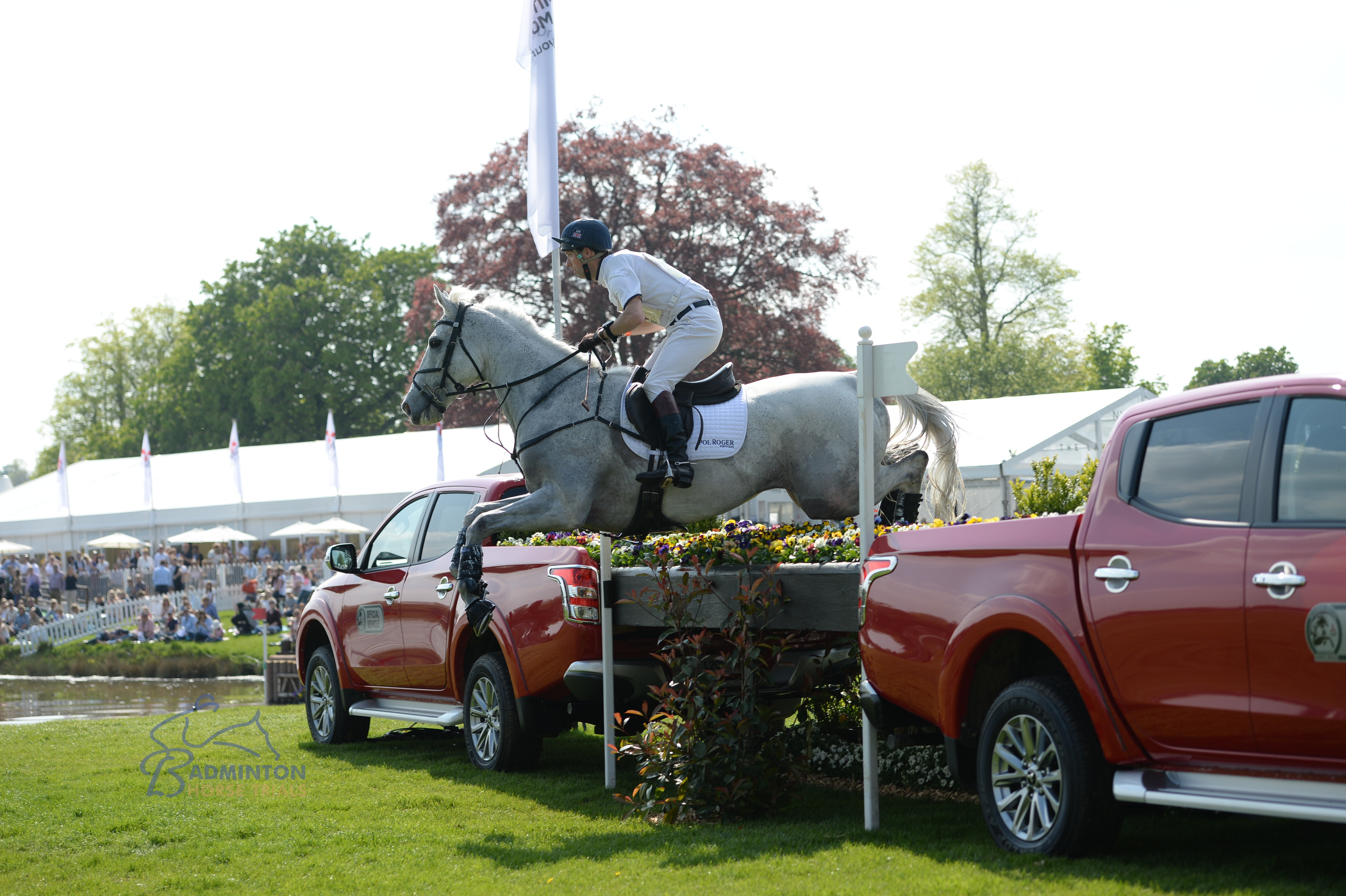 Stonewood ambassador Harry Meade is about to embark on his 12th Badminton International Horse Trials, the toughest challenge in the equestrian calendar which combines the discipline of the dressage, the daring of the cross country and the nerve-jangling precision of show jumping across four days of intense competition.

Harry, who runs his own stables in West Littleton with his wife Rosie, took time out from his hectic preparations to talk about the return of the world-famous event after two years because of Covid.

It’s always a thrill to compete at Badminton but it must be especially so this year after two years away.

It is hard in all sports I think where the pause button has been hit for a long time because you watch peoples’ careers coming to an end without a great finale and the same with horses who have aged out. The elder of the two horses I’m entering this year, Away Cruising, competed at Badminton in 2018 and 2019 and he was a young horse then. Now he’s going back as a veteran and in a sense he’s had some of the best days of his career taken away.

It always feels like 12 months is a very long wait to come back again, the excitement, nerves and anticipation are partly because you are on a big stage with the world watching and partly because you are jumping the biggest, toughest and most challenging course in the world – which is going to make anybody’s hair stand up on the back of their neck. But it is also the idea of wanting to achieve your best performance in that one moment and usually 12 months is an awfully long time to wait for another shot so it is even more so when it is 36 months.

How has the season been for you so far?

This is always the busiest point or the season, we start training in earnest before Christmas then really from March until Badminton we are probably competing three or four days a week and training every day that we are not competing. Everything is geared towards Badminton which is the biggest event in the calendar. It is the event that most transcends beyond the sport, it is the equivalent of Wimbledon or Ascot.

Tell us about the two horses you’ll be riding.

Cavalier Crystal is a horse I’ve ridden since she was a five-year-old and she’s now 12. The idea of all of these horses when they are young is that you are hoping and sort of crystal ball gazing that they will have the latent talent and temperament to progress up the ranks to the pinnacle of the sport, which is Badminton. I’d be quite conservative about her chances, it wasn’t part of her plan to aim for Badminton this spring and she’s come in as a replacement for another horse who had a small setback. For her it will be about the experience and it will be great to see how she gets on.

I’ve trained Away Cruising since he was a four-year-old and he’s now 15. He is a good old-timer and he’s in his element at this level. He’s not the world’s most athletic but he’s got the heart of a lion and in order to compete with the very best he’s got to deliver a lifetime best performance. I have to say though he feels as well prepared as any horse I’ve had running at Badminton.

It must be just as important for the rider to be in good shape so how much work do you put in on your own fitness?

Co-ordinated strength is really the key thing in sport, in the 1980s and 90s you were in the gym pumping iron to come out looking like Arnold Schwarzenegger but now it is much more about functional performance. Several times a week I work on Pilates-based exercise and then there’s the strength and fitness side as well as the diet.

How hard is the diet?

I strip myself down and lose ten per cent of my body weight. I’m on the lean side anyway and I go from 11 stone to ten just before Badminton. It’s hard, I’m hungry the whole time but it just takes a bit of self-discipline. The cross country, as well as being about bravery and instinct, is also about speed and endurance and the fitness of the horse and the weight of the rider is quite central to that.

What are the challenges of competing at an elite event that has such different disciplines?

You are essentially doing three different sports within one event. With the dressage we know exactly what the test is and the routine is and it’s something we train for. The cross country is much more unpredictable. We are not allowed to see the course until the Wednesday afternoon and we’ll be competing on it on the Saturday. You’ve got to have an assessment of the course and although you come up with a plan it is much more heat of the moment, instinct, reactions and natural flair. The showjumping on the last day is more cold-blooded and about refined techniques.

You don’t often get a lucky winner in our game because there is so much that can go wrong and nailing everything across the three phases requires a huge amount of cognitive energy and a mindset to flip between the characters of the three phases.

It must be pretty full on once the competition starts.

The cross country course is five miles and you are walking it probably twice each day and therefore before you’ve even done anything else you’ve done 25 miles so it’s a busy week. There are lots of other commitments as well with media, sponsors and other things. But it is important to enjoy the buzz of it because it is the event we all want to compete at.

After 11 Badmintons do you still get the same buzz from the event?

The older you get the more you appreciate it. It has always been a dream to compete there since I was a small child. Also, the older you get the more relaxed you get – in a sense that you can step back, enjoy it, soak it up and realise that this is what you work so hard for and what you make a lot of sacrifices for. We’ve all had times when we’ve been smashed up and those kind of incidents make you enjoy being on top when thing are going well and when you are at these big events.

How important is working with Stonewood as an ambassador to you?

People look at the horse and rider and see them in isolation but we are just the ones out there on the pitch, so to speak – there’s a huge team behind us. A decision that Rosie and I made quite a long time ago was that whoever we surround ourselves with in that team has to have a similar philosophy and the same values and character as us. It’s really important because it rubs off on everyone else.

We bought our yard three years ago and have done some work using Stonewood who have been outstanding in what they have done. Also, they have been such a fun group of individuals and we’ve developed a really close rapport. They’ve got on board with the journey of what we’ve tried to achieve and hopefully we’ll continue on a long journey together. 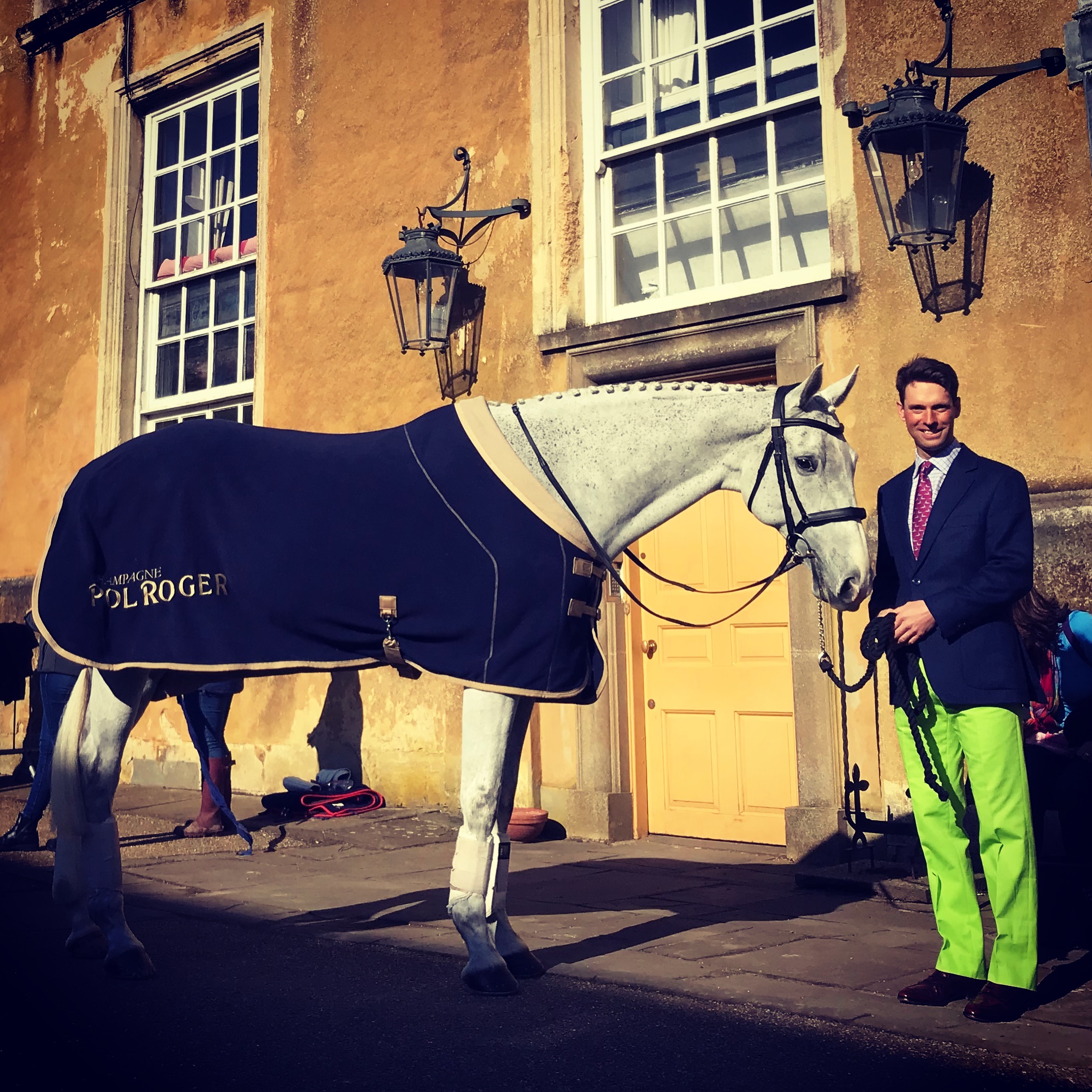