With a total of three judges, the tasting took place – with each bake being judged on effort, taste and appearance it was a tense time for all the bakers.

After the judging took place, the rest of the office tucked into the bakes, perfectly timed for elevenses!

With plenty deliberation, the judges scored were tallied up and the winner announced…. Jan with her Spiced Apple Cake – with great scores across the board it was a sure winner!

We have so far raised over £158 for Macmillan Cancer Care’s Biggest Coffee Morning. 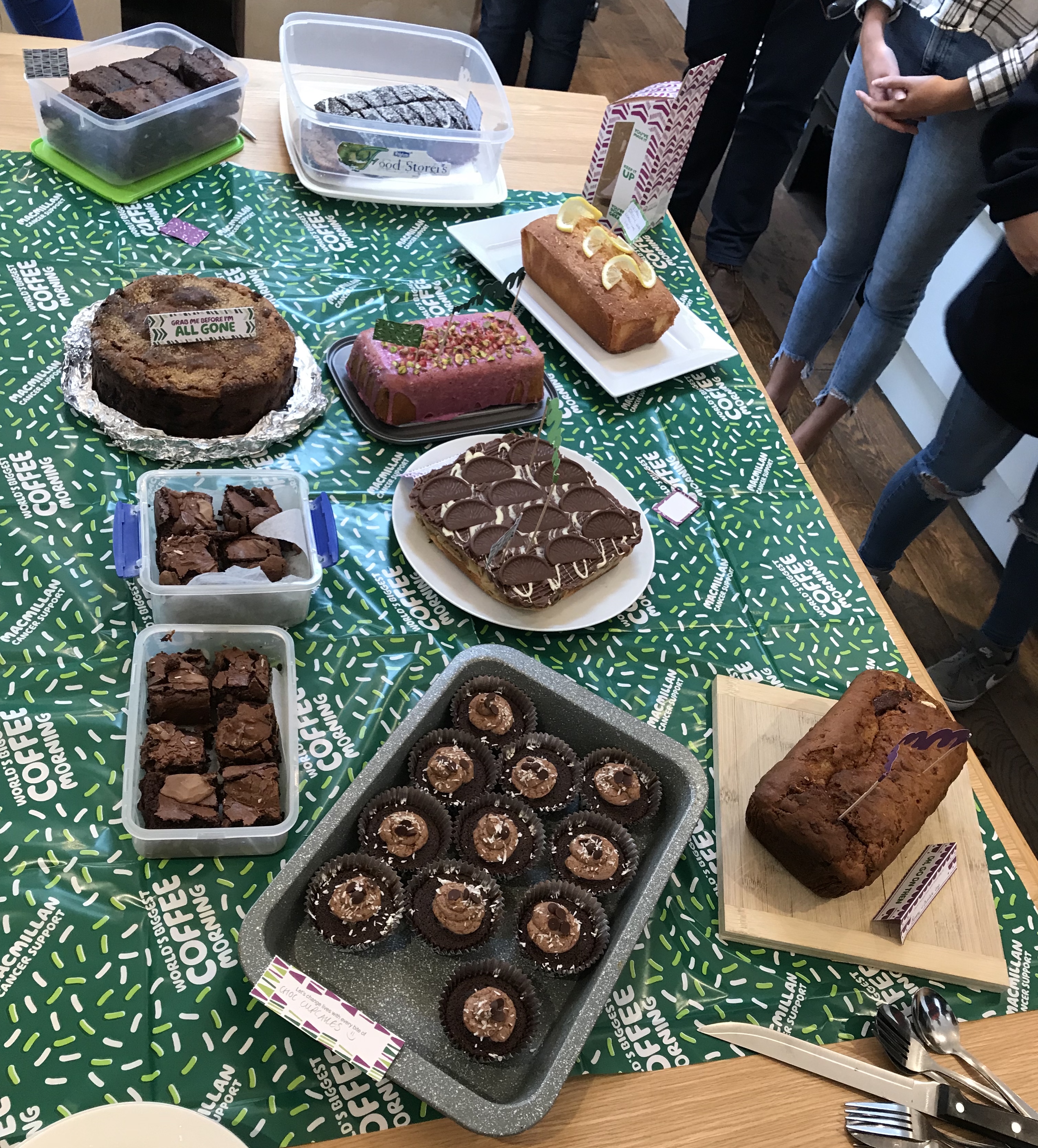