Construction group Stonewood is marking National Apprenticeships Week this week by celebrating the contribution its young craftsmen are making to its growth and encouraging others to follow their path.

The group currently has nine apprentices across its five divisions, mostly learning trades such as carpentry, bricklaying, plastering and groundwork.

Archie Smart, who will be 20 in March, is in his second year of a level 2 apprenticeship in carpentry. He joined Stonewood Builders as a labourer straight from school two years ago and leapt at the chance to begin an apprenticeship.

“I’ve Always Been Interested In The Building Industry And Wanted To Go Down The Carpentry Route,” He Says. “The Good Thing About Apprenticeships Is that you get paid while you are learning. University never really appealed to me, doing something more practical was what I really wanted.”

He spends each day on site with the company’s skilled carpenters and is currently working on a collection of barn conversions at Grittleton, near Chippenham for Stonewood Homes’ forthcoming development. He currently attends South Gloucestershire and Stroud College’s Filton campus one day a fortnight but says the variety and quality of Stonewood’s work is helping to progress his learning.

“Stonewood does really nice, high-quality jobs with the best materials and I feel like I have learned a lot more skills with them,” he says. “The jobs we are working on are on older houses with no straight lines and the guys are using their experience and skills to solve the problems as they go.

“I’ve been on four Stonewood sites and not one project has been the same. I feel like I’m getting to do all aspects of carpentry, which a lot of people on my college course haven’t had the chance to do.”

Ben Bullus joined Stonewood Builders after studying bricklaying at college but he is now in the first year of a plastering apprenticeship in Bristol, spending four days a week on site. “I quite liked bricklaying but I got a chance to work with the plasterers and I found that it came more naturally to me,” says the 21-year-old.

“Stonewood offered me the chance to do the apprenticeship and I am really enjoying it.”

He said working on a variety of listed building renovations has broadened his experience. “There’s a lot to learn but I’m really enjoying it,” he says. “On different sites there’s always something new to learn. Recently we had to plaster round a mosaic and that was tricky but it was really satisfying to do.”

He said he would recommend an apprenticeship to anyone. “Apprenticeships are really good because once you have that certificate you can do anything and you get so much learning experience while you are being paid. Stonewood have been really supportive of me,” he says.

Stonewood Group, COO, Ben Lang said developing and nurturing talent through apprenticeships is vital to the company. “Growing and developing people from within the business has been one of our greatest successes,” he says.

Stonewood Builders won the South West Federation of Master Builders awards three times for its apprentices, most recently Ed Brosch in 2021. It also took home the national apprenticeship award in 2015 with Steve Davey. “We are bringing good people in further up the ladder but we are still recruiting at the entry level and promoting from within because that is so important to us.”

Kris Beasley started out as an apprentice at Stonewood Builders and has progressed into a role as Construction Director at housing development arm Stonewood Partnerships. He recalls: “Matt and Ben showed real faith in me and I wanted to repay that by gaining as much knowledge of the job as I could. It wasn’t long before I was given my first site to run and progressed quickly to running up to five at once as contracts manager.”

Site manager Ben Hyatt is another example of how that ethos pays off. After joining Stonewood Builders as a labourer ten years ago he began a carpentry apprenticeship at Swindon College and said working alongside skilled craftsmen has boosted his career.

“I was always asking questions about what was going on with the job because I wanted to know everything really, the apprenticeship really gave me a chance to learn the trade,” he says.

He was given the chance to be a site supervisor and has now progressed to site manager and was recently given a Rising Star award at the Bath Property Awards. His experience as both a labourer and a carpenter have been invaluable. “I am familiar with all the little details of the job. It’s also integral with all the other trades because you are kind of the middle guy,” he says.

Archie is keen to follow in Ben and Kris’ footsteps, with an eye on rising through the ranks himself. He says: “I’m focused on passing my level 2 for the moment and I’d like to do level 3 next. But I would like to see what it’d be like to be an assistant site manager and progress up the ranks.

“The good thing about Stonewood is that everyone wants you to succeed. Everyone i’ve met working at Stonewood is lovely and they really support you.” 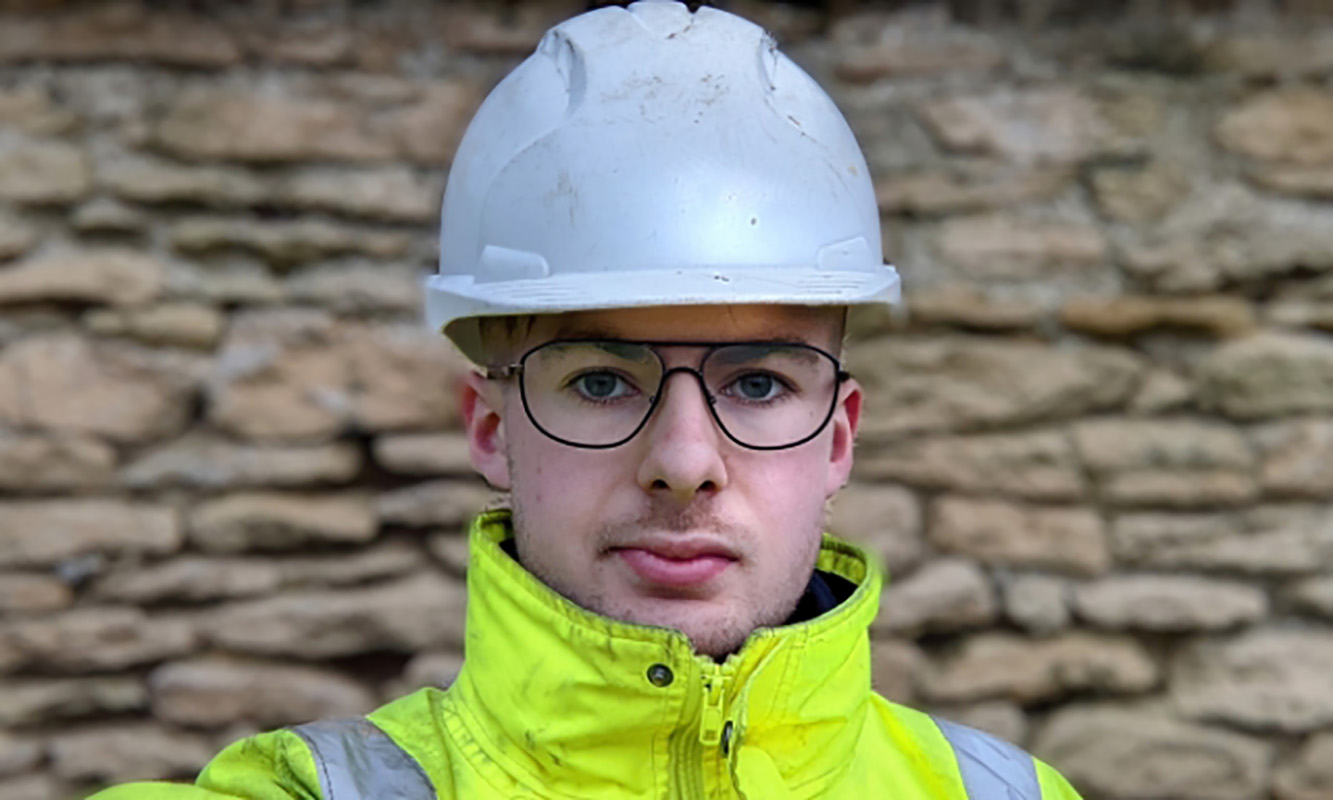 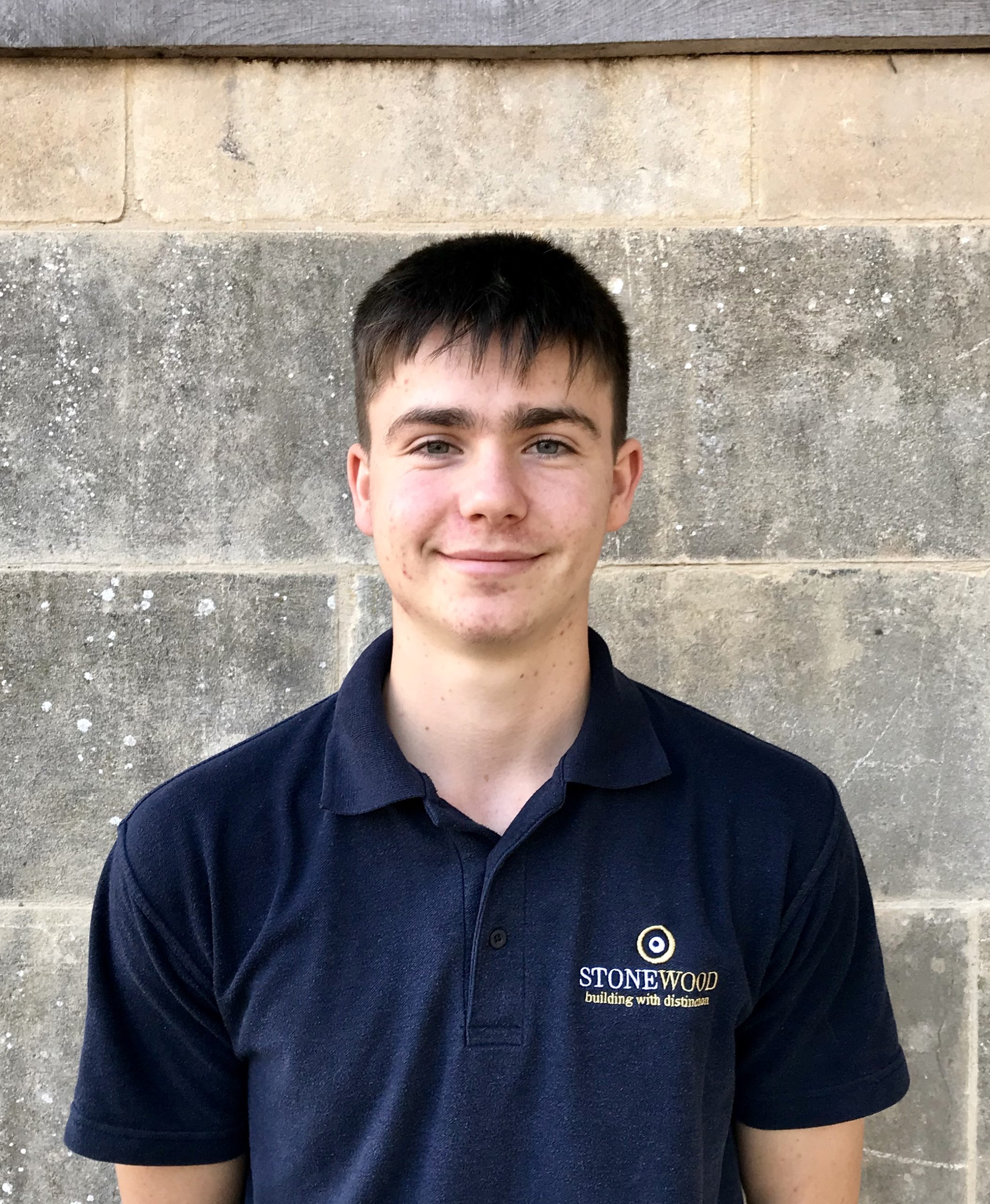 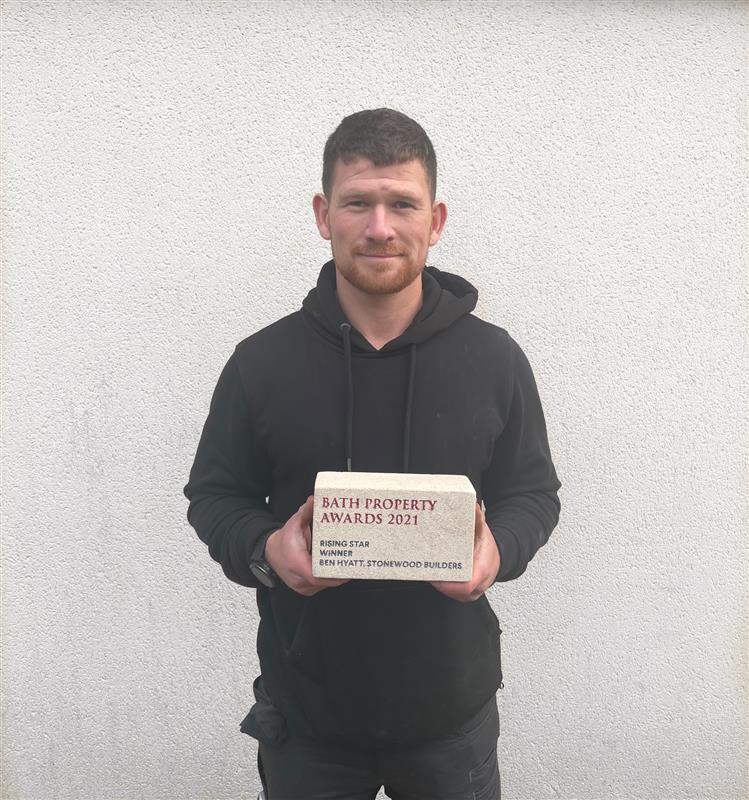 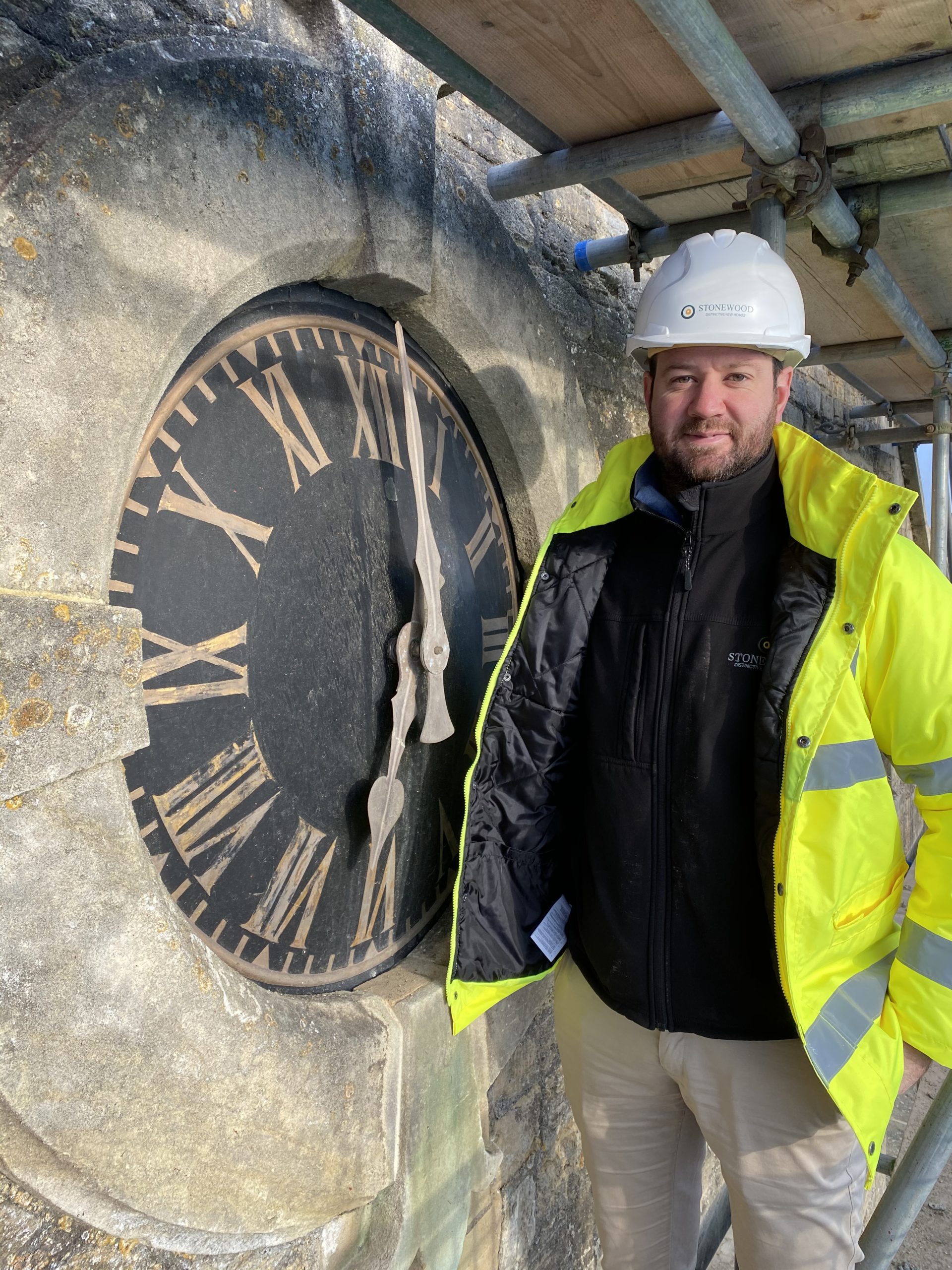