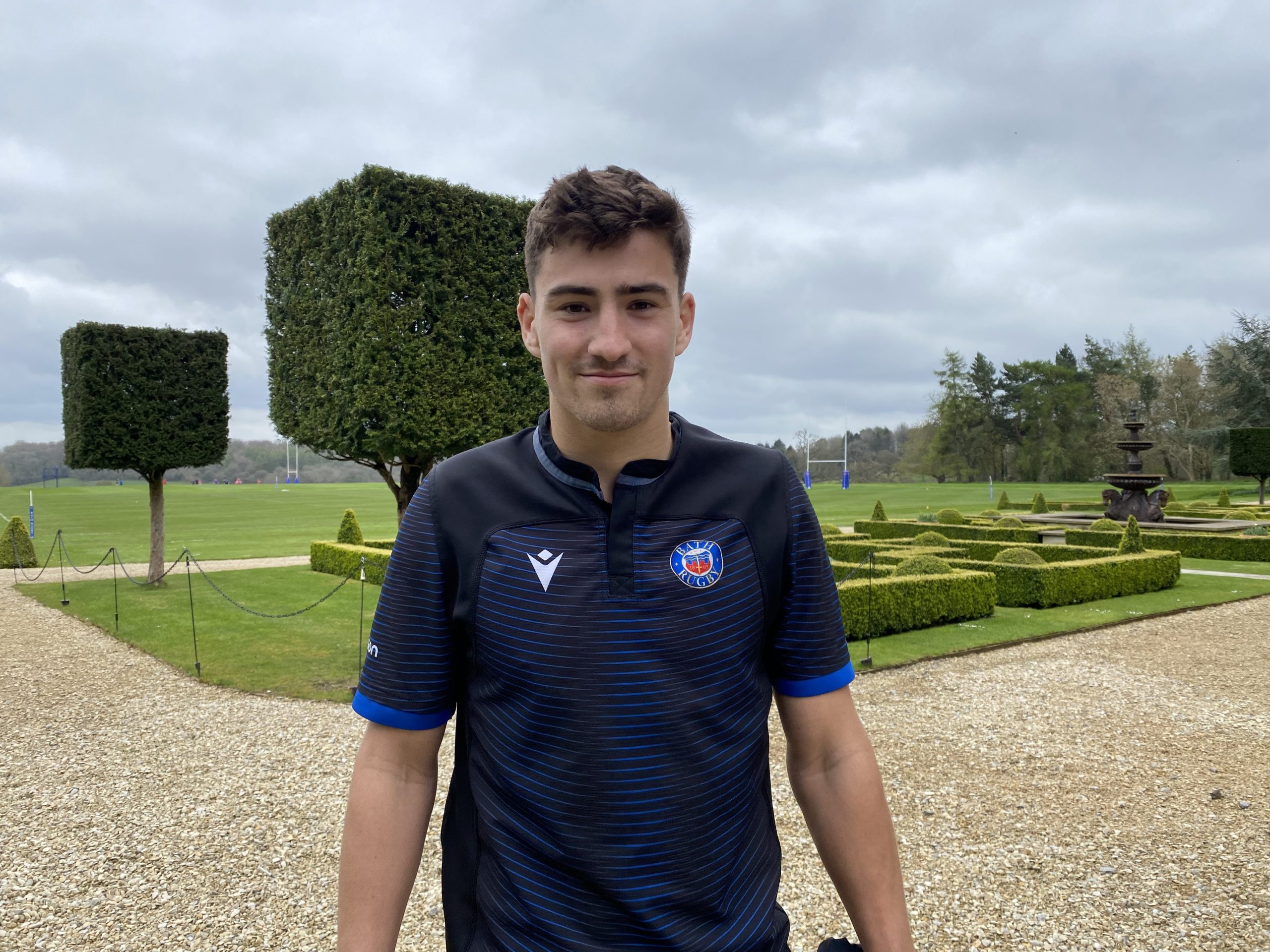 Being sponsored by a construction firm in his first professional season for Bath Rugby is more apt than you could imagine for promising fly-half Orlando Bailey – one of his closest confidants also works in the sector.

The 20-year-old, whose performances have made him as regular in Bath’s regular starting XV and seen him called up for England, is an ambassador for Stonewood Group and proudly bears the company’s name on his shirt. “It is quite appropriate that Stonewood is a construction firm because my uncle works as a site manager in Surrey,” he said.

“I am quite close to him and he helps me a lot with my mental side of rugby, finding space for my other hobbies, talking me through things and putting them in perspective a bit.

“He always makes reference to my role and his, how he has different people to manage, different tactical sides of getting the job done. He says me being the fly-half means I have similar responsibilities to him –  managing different people and helping them to gel.”

At the start of the season the academy graduate could not have dreamed he would be a firm first team fixture but a combination of loss of form and injuries saw him given his chance and he has not looked back, becoming one of the bright spots of a season that has seen The Rec side languishing at the bottom of the Gallagher Premiership.

Landy, as he is known to teammates, has barely had time to take stock of what he has achieved in the midst of a hectic and bruising season. “I think my main ambition at the start of the year was to be consistently involved in the match 23 and maybe get on the bench but I have managed to start a lot of games and being involved with England was really exciting as well, he said.

“I have developed massively over the season and I have learned an awful lot from Danny Cipriani ball playing-wise. He was one of my idols when I was younger so it has been very cool to be here with him.”

The highlight of the season was being selected for Eddie Jones’ Six Nations training camp in Brighton last autumn. The modest youngster was almost tempted to believe he was the victim of a prank when he was added to the squad’s WhatsApp group.

“I met Eddie Jones the week before and he told me he liked what I am doing but I didn’t really expect much to come from it, I just thought it was a step in the right direction,” he said.

“The day the squad was announced I went on my phone to see who was in and then a minute before it was revealed I was added to a WhatsApp group for the squad. I thought this was either my friends winding me up or it was real. Knowing the boys here, it was about 50-50.”

His opportunities were limited by a hamstring injury that forced him to miss part of the camp but just sampling the atmosphere and being part of the set-up has given him a thirst for more. “It was frustrating having to miss some of the camp but going into the England camp was really cool and George Ford and Marcus Smith were really good guys to learn off,” he said.

“The intensity of everything was just so high but the environment was quite relaxed and gave people space to be themselves, it wasn’t too regimented. It felt like a really good balance between high intensity and expectation and not feeling overawed.”

The experience of being around the cream of the English game left him with a feeling he belonged there – and with a taste for more.

He said: “I went in feeling like I could play in the team, there’s no point in being there otherwise. I thought maybe I might play at 12 because they have got a couple of quality tens and they had some injuries at 12. But I wasn’t expecting to play and even just training was a good experience.

“I definitely have the taste for it now though and it certainly makes we want to just keep getting better every day and work on the areas where I think I need to keep improving to be the best player I can be.”

The grinding familiarity of defeat after defeat has made the season a tough one for Bath and while there is no relegation this season, the losses have often been hard to bear. But Landy can see reasons for optimism for next season. “The season hasn’t been a disaster but those first ten or 12 games were pretty heart-breaking,” he said

“I guess the biggest positive we can take is that we had a very young side and a lot of us got exposed to game time and gave our best. From a personal point of view for me to be recognised from that is great, even in a side that wasn’t doing so well. I think the way we got through that period and learned from some hard experiences and found ways to win some of the kind of games which we had been losing shows some of the growth.

“We are all very competitive individuals as you can imagine so even though there is no relegation this season it has still been pretty crushing at times. But it is better to have happened this season and we know next season we will be way better for it.”

His own personal learning curve has seen him improve his use of the ball and gain a better appreciation of how to make the most of space. “I have learned that the margins are very, very fine at this level,” he said.

“All season, bar a few games, we have been very close and if you are not on the money or you miss a few chances you get punished for it. In my position I’m understanding more about being brave with the ball and just being fully engaged in each moment because if you do that you create opportunities and you take them as well.”

As he looks around Bath’s palatial Farleigh House training ground near Bradford on Avon he can see the green shoots of a recovery come next season. “I think we’ve under-achieved this season, but we know our potential,” he said.

“We know we have got the players and the hunger to do better, we’ve seen it in snippets recently and there’s an optimism among the group. We’ve shown we have the ability to do special things, we just need to find that consistency. We’ve got a new coach coming in and that’s a whole new chapter for us.

“Sport can change overnight, there are fine margins and when things click into place they can turn on their head very quickly.”

Whatever happens in the future for the player only half-jokingly referred to by bantering teammates at lunch as ‘the future of English rugby’ the thrill of a first season as a pro will stay with him. “Being my first real season of playing week in, week out, when I saw I had the Stonewood logo on my shirt as my sponsor I was really pleased,” he recalled.

“I thought ‘wow it’s quite cool that someone knows who I am and wants me to represent them’. It’s a nice logo and I feel quite honoured to have the support. It makes me feel like a proper first-teamer so I am chuffed.” 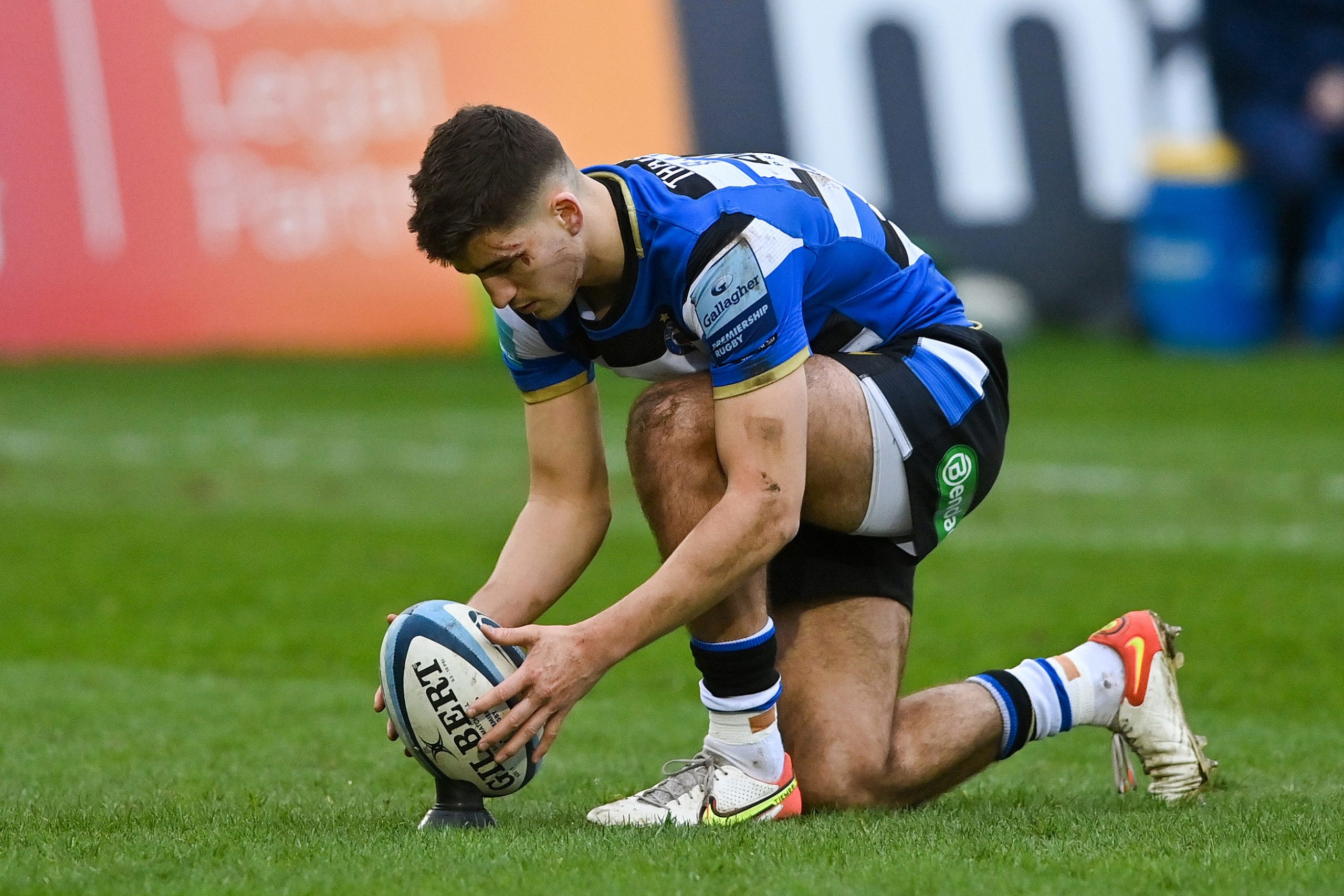