Stonewood sets up Oxford base as part of rapid expansion

Fast-growing building contractor Stonewood Builders has moved into a new base in Kidlington as it seeks to grow its business into Oxfordshire.

The family firm is part of the Stonewood Group, which employs 250 staff across five divisions and whose £60million turnover operation is based at Castle Combe in Wiltshire. The group also has a housing development arm, a bespoke house-builder, a groundworks division and an architectural practice. It also has bases in Gloucestershire and Somerset.

Stonewood Builders, formed 49 years ago, was crowned the Federation of Master Builders British Master Builder of the Year last month for its restoration of a medieval hall house in South Gloucestershire.

It has been working in the Cotswolds for decades but it sees Oxford as an ideal base to grow its work there. It also views the complex challenges of working with the city‘s historic buildings as a perfect fit with its experience and expertise. 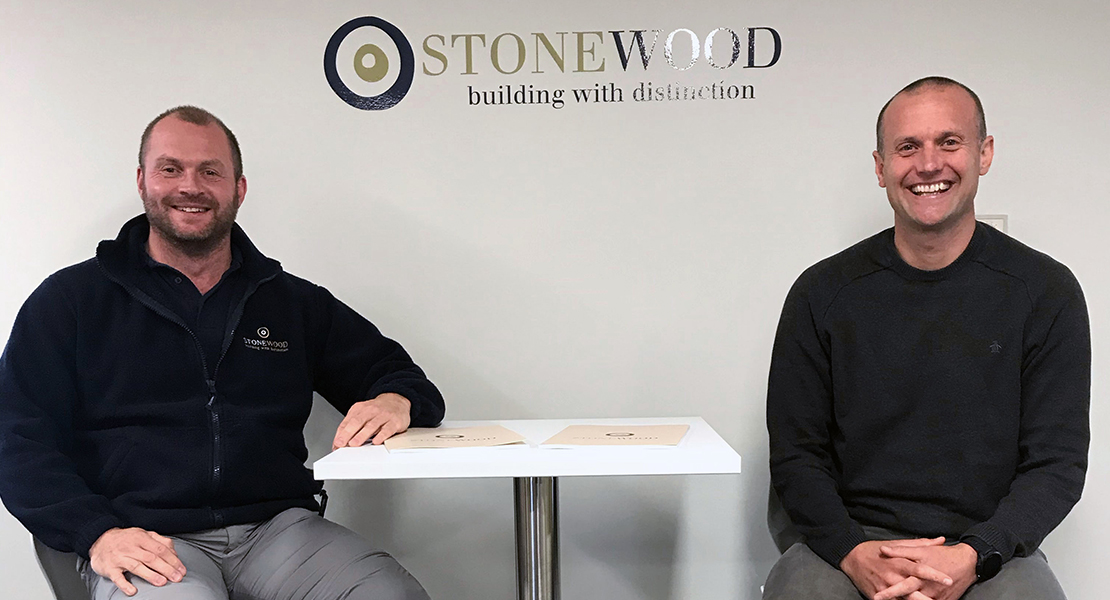 “Stonewood Builders are like the frontiersmen, going into a new area and developing contacts and then the other work follows,” said Chief Operating Officer Ben Lang.

“We have had a lot of work in the Cotswolds since the last recession and Oxford is a convenient base for that as well. We always want to be able to know our clients, understand their needs and be able to be responsive and that means we have to be there and work with local suppliers and contractors and also be part of that local economy and community.”

“We strive to continue offering the kind of personal service we always have as a local builder for our clients. We want people to understand that we have a real commitment to a particular area, rather than just going in there, finishing a project and leaving. And if we want to attract the best people we need a base.”

He said the award win was something he and chief executive officer Matt Aitkenhead wouldn’t have dreamed of when they first won an FMB regional award in 2007. “The award is a lovely moment and special, and something that 14 years ago we would have said would remain aspirational,” he said. “With all that is happening across the group it is reassuring to know that we are getting better as a result of the growth and haven’t had to sacrifice, compromise or dilute anything to get to this level.”

Director Tom Carter will lead the team at its office in the Kidlington Centre in the High Street. He said: “It’s a great place to get a foothold and get going in Oxford. We have been working around the west side of Oxford and out towards the Cotswolds for years and moving in here is a way of showing people here that we are serious about the area.

“We’ve set an ambitious target for the office, we want to be turning over £20million, and that’s going to take a lot of hard work but we are very confident that our work and our reputation as a high end builder will help us achieve that.”

The company has already completed one high profile job, refitting the former Café Rouge restaurant in Little Clarendon Street for new tenant Wilding, owned by Kent Barker. Mr Carter said: “It was great to be involved with this because it’s a nice building.”

“We had a brief of a design that fits the brand of the business, we had lots of exposed steelwork and concrete with a kind of industrial feel –  what is called ‘industrial lux’. We opened up some rooms on the ground floor, turned the second floor into a private dining room and converted a storeroom on the third floor into a flat. The project took about 16 weeks and the client was very pleased.”

He began with Stonewood as a site manager 13 years ago and progressed to become a contracts manager before being appointed as a director last year. “I have been running the Cotswolds area for about ten years so I know it pretty well and I really love it,” he said.

The Kidlington team will also feature estimators Luke Rand and Paul Martin and contract managers Aaron Barton and Aron Johnson. “We are looking to employ more people from Oxford to add to the team and have one or two joining us already,” said Mr Carter. “We will be servicing all of the contracts within an hour-and-a-half of Oxford from here.”

He said both the team’s estimators have worked at long-stablished Oxford firm Symm Construction before it went into administration last year and their contact books are proving invaluable. “We are already getting lots of inquiries so we know there is plenty of work out there, we already have two or three great projects lined up,” he said.

“This is a great area and a great fit for us because of the high end work we do and all of us are looking forward to getting to know even more about Oxford.”